As Beacon Films' Viewfinder closes, Development Director Will Sadler reflects on what makes good funding and working with Spirit of 2012.

Several years ago, at a cultural sector conference, I encountered a very jolly man who was handing out “I AM A FAILURE” badges.

I took one and was told (whilst trying to hold back my sobs) that it meant we should accept – in fact cherish – ‘failure’ as an invaluable opportunity to learn, evolve and become better at what we do.

Whilst this is a lovely idea (I told myself as I wiped away the tears), I don’t think that the third sector’s funding ecosystem always encourages this approach.

A conversation with a senior individual at a large national funder sticks in my mind. “Every single thing we’ve funded has been an outstanding success” he tells me with a wry smile.

If failure is to be ‘cherished’ then why do we have an overwhelming desire to focus on all the amazing outcomes we have delivered – or shall deliver – for funders thanks to their valued support?

The organisation I co-founded and now work for, Beacon Films, is a community interest company (CIC) of forty-eight disabled, autistic and neurodivergent filmmakers based in Newcastle upon Tyne. 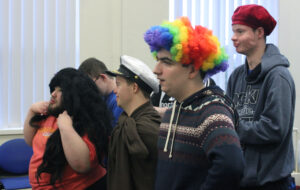 Our first Spirit of 2012 grant, awarded in 2015, was also the first multi-year grant in our organisation’s history.

Until then, we’d begun in the same way that most small non-profits do: leaping from project to project and only ever one or two “no”s away from going under. In this environment – bidding for a 10k commission here, or a 15k grant there – there’s simply no space for ‘failure’; neither in the bid nor in our heads. Internally, we are in never-ending ‘survival’ mode. Externally, we find ourselves in never-ending ‘sales’ mode.

So, one of the most significant – albeit indirect – benefits of our Spirit of 2012 funding for me was the time and space it gave us to think and reflect. Of course, we had a project to deliver, but it also meant that we weren’t constantly distracted by where our next one would be coming from.

Combined with Spirit of 2012’s refreshingly engaged approach to learning and evaluation, this enabled trusting, honest and open conversations. A partnership with an external evaluator remains in place six years on. 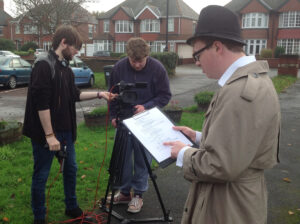 We developed inclusive methods to ask questions to our filmmakers. Our board has grown and diversified and includes members who bring invaluable lived experience. A Project Design Group of filmmakers makes crucial decisions on bids. A dedicated Goals Mentor now works with filmmakers on a one-to-one basis, to help them identify, pursue and reflect on specific goals. We have created a culture of genuine learning that in my view, makes us a better organisation today than we were when we began our relationship with Spirit of 2012.

Of course, funders tend to want organisations to first and foremost learn from those they support. In this respect, I felt we had a gap that we needed to fill. It occurred to me that we have never once asked any of our filmmakers what outcomes they wanted a project to achieve. What a project should “do” was regularly up for discussion; the fundamental reasons why we were doing it in the first place: less so.

On the one hand, here we hit a structural issue with the way that the world of third sector funding works. Quite often, a project’s outcomes are not decided by the ‘beneficiaries’, they aren’t even decided by the organisation applying for the money; they are decided by the funder or client.

On the other hand, I thought we should do better at consulting our filmmakers on the fundamental reasons why they were attending our activity – even if they framed it in different ways than our funders.

Often, there is synergy between funder-outcomes and the ambitions of people that the grantee supports; who can argue that increasing people’s wellbeing shouldn’t be keenly pursued? Yet by carrying out a survey with our filmmakers, and then digging into the results with our Project Design Group, we discovered that there were other outcomes that our project members were far less convinced about.

This was particularly the case when it came to people’s wish to get closer to work and volunteering. We found that those already in work or volunteering generally wanted to do more; those who weren’t tended to be far less keen. In subsequent conversations we discovered that for some people a plethora of barriers to getting voluntary or paid work severely dented their desire to try to in the first place. For others ‘getting closer to work’ simply wasn’t something they were interested in.

This led us to appoint a dedicated person – who we call our “Goals Mentor” – to support filmmakers to pursue their own personal ‘outcomes’. In doing so, I hope that those that face barriers to the workplace can be supported to tackle them. But equally, for me, it has raised a question about the responsibility we have to support people to avoid the things that they don’t want to do. 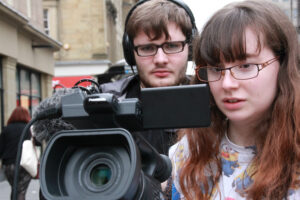 Some may call that a ‘failure’; others may consider it an invaluable opportunity for society to learn and evolve. Some may say that ‘failure’ is only valuable if the subsequent learning converts it into a ‘success’ – but for me this raises a question: could it also be considered valuable if the learning from a ‘failure’ also results in a withdrawal; a recognition of someone’s personal boundaries, an acknowledgement that ‘coping mechanisms’ can only go so far? I have certainly found this approach valuable myself.

The moment we receive a penny from any Lottery source, we are accepting funding that has effectively been provided by thousands upon thousands of members of the public.

Many may think, understandably, that it is absolutely right that outcomes are set by funders and that lines of accountability are between the grantee and the guardians of their cash. I remember a conversation with a funder who made no bones about the level of responsibility they felt representing the people who made millions of small donations during a TV appeal.

However, I believe that top-down accountability runs the risk of grantees feeling compelled to prove that their beneficiaries are quite literally their ‘beneficiary’; that anything good that has happened in their lives is all ‘thanks to us’.

When lines of accountability are hard-wired between funder and grantee; when the expectation is that grantees will ‘deliver’ outcomes for a funder, there is an in-built incentive for organisations to attribute as much impact as possible to their work. Combine this with the highly competitive landscape of grants and contracts and you can quickly see why the incentive for admitting and learning from ‘failure’ just isn’t there.

HLS or Human Learning Systems is a multi-partner initiative that is working to both measure and deepen impact in new ways. Rather than organisations seeing their role as ‘delivering’ impact for a funder, HLS encourages us instead to try to understand what part we play in the multiple and interwoven influences in someone’s life. 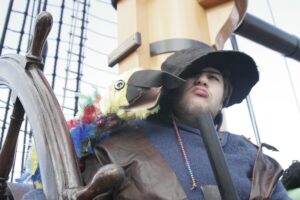 Rather than looking ‘upwards’ at funders and commissioners – attributing as much ‘impact’ to our work as we can to compete with other organisations over limited resources – HLS encourages organisations instead to look ‘sideways’, at each other; to work together to see how a shared understanding of our role in people’s lives can lead to broaden and deepen impact amongst those we support.

This approach is gathering pace. For me, it represents an exciting way forward that I’m keen to explore, and I’m interested to find out what interest the wider funding sector has in its potential.

In the meantime, I regard the end of our six-year grant relationship with Spirit of 2012 with a mixture of feelings: sadness that we will no longer be working as closely together; but also gratitude that they had such confidence in us and – despite operating within understandable parameters – created a genuine learning environment through their very ‘hands on’ approach to working with its grantees. I’m pleased that we will be staying in touch with Spirit of 2012 moving forward, continuing to share the learning of our project as it moves into the next phase.

Will Sadler is co-founder and Development Director at Beacon Films CIC and writes this piece in a personal capacity. He can be found on Twitter @wsadlertweets