In the run-up to Spirit of 2012's major Carer's Music Fund summit on 23rd June 2021, we asked the Carers' Music Fund grantees to look back on their projects as part of a new series of blogs called 'CMF Reflections'.

This time, My Pockets discuss their ‘Monster Extraction’ project, in which female carers in Hull and East Yorkshire write music that expresses the stories of the monsters in their lives.

Monster Extraction is a creative project where female carers have been supported in identifying the ‘Monsters’ in their lives and then creating songs, puppets and films about them. All quotes are from participants in the project.

‘You’re battered from pillar to post, multiple services, consultant, education, paediatrician, physio. You can’t take away the pain your child is suffering – that’s the worst thing.’

“Lots of people are overwhelmed by all the needs, and often their own health is put on the back burner because the child’s need is immediate – you always think you’ll get around to your own needs later”

“There’s loneliness… isolation is another monster.”

We began by introducing the idea of the monsters, the groups would immediately start talking.  Often these discussions would last over an hour before anyone picked up an instrument.

“It brings you out of yourself and you listen to what other people have to say.  I’ve learned from other people.  Sometimes they have their points of view that are different to what you have yourself.  But you can say what you want and nobody worries about it.”

“So this has been very, very liberating, because we’ve been able to talk about stuff that you wouldn’t normally talk about with other parents, and it’s felt safe to do that, because you felt like you weren’t being judged for having these thoughts or saying these things.” 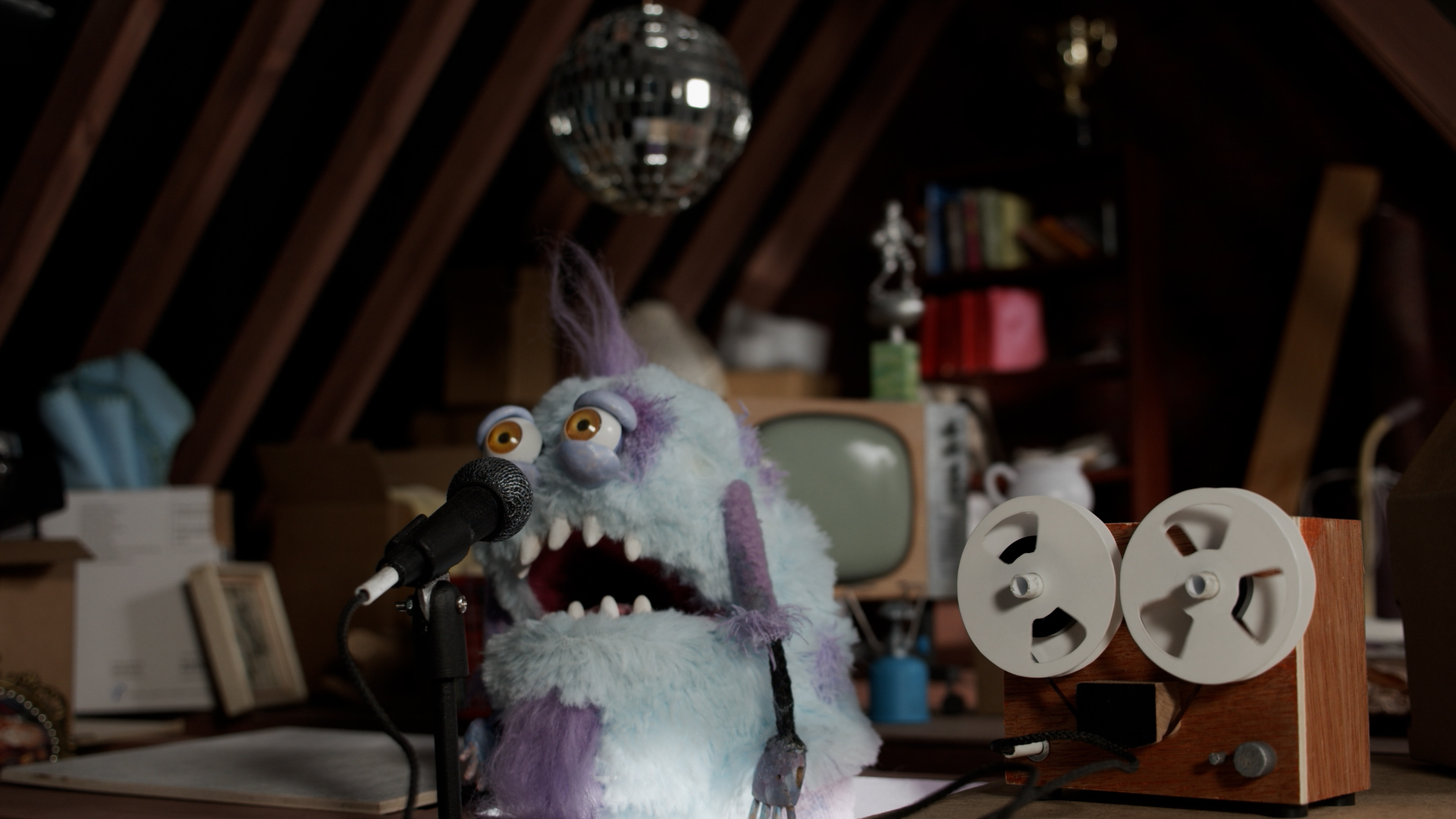 As each group started to find the monster they wanted to write a song about we began putting together songs and lyrics. The women and girls would work together to write words, direct musicians and play instruments themselves.

“We’re making a song, it’s not just talking.  We’re being productive. Being creative, it allows you space to talk more freely …the spotlight isn’t on you because we’re all in this making this song together.”

“I love making the song… it’s incredibly creative because you’re not using anything other than what’s in your head –  to be able to write a piece is incredible! It’s relaxing – I think it’s a release of energy – I think it’s a mixture of physical and mental release”

Monsters included intolerant baked beans on a supermarket shelf, a monster of dementia destroying memories in the attic of a mind and monster letters from the authorities as mums try and navigate the system.  Click here to listen to the songs and see the films.

“It is a monster, but it’s not necessarily a big bad monster, it’s also got a vulnerable side.  This is what we went through when we talked, because dementia’s got lots of angles.”

“You’re in the supermarket, you’ve got a child who’s being stressed out and upset and anxious and people judge you.  They can be awful. Making them into baked beans feels like getting our own back.’

The women and girls who have worked with us are extraordinary and the monsters they have created are full of surprises, imagination and heart.  Everyone at My Pockets feels honoured to have worked on the project with them.

“For me, I was really surprised at how positive it’s been for my mental health. I know the others… but we don’t really talk about things that we have been talking about here – quite eye opening! It’s allowed us that breathing space”.

‘Being in this group, just opening up to some of the emotions linked to my mum and the mental and physical strain of being a carer, it’s been wonderful.”

‘You think ‘I’ve been involved in this song and this song’s absolutely fantastic’ – it’s just amazing really.’

“I absolutely love it!’

Click to learn what went down at the CMF Summit and read the evaluation.

Click to find out more about the other Carers’ Music Fund projects.