A look at Creative Arts East's Our Day Out project and why it's resonated with people living with dementia.

Society has always felt there to be a connection between music and wellbeing, even if it didn’t appreciate what that was. At Spirit of 2012, we have explored this by funding projects which provide music to a wide range of different groups, with much of the learning coming from reports confirming regular participation in music has positive effects on wellbeing and increase social connectedness.

Studies have found that one area in which music can make a world of difference is in the treatment of people living with dementia. One project which serves as a prime example of this is Creative Arts East’s award-winning Our Day Out programme, where professional dancers and musicians work together to provide cultural and creative activities for older people living with and without dementia in Norfolk.

Their work earned Our Day Out a feature in The Journal of Dementia Care where Dr. Hannah Zeilig, a senior research fellow at the University of the Arts who is evaluating the project, explains why this approach has gone down so well with Our Day Out participants. 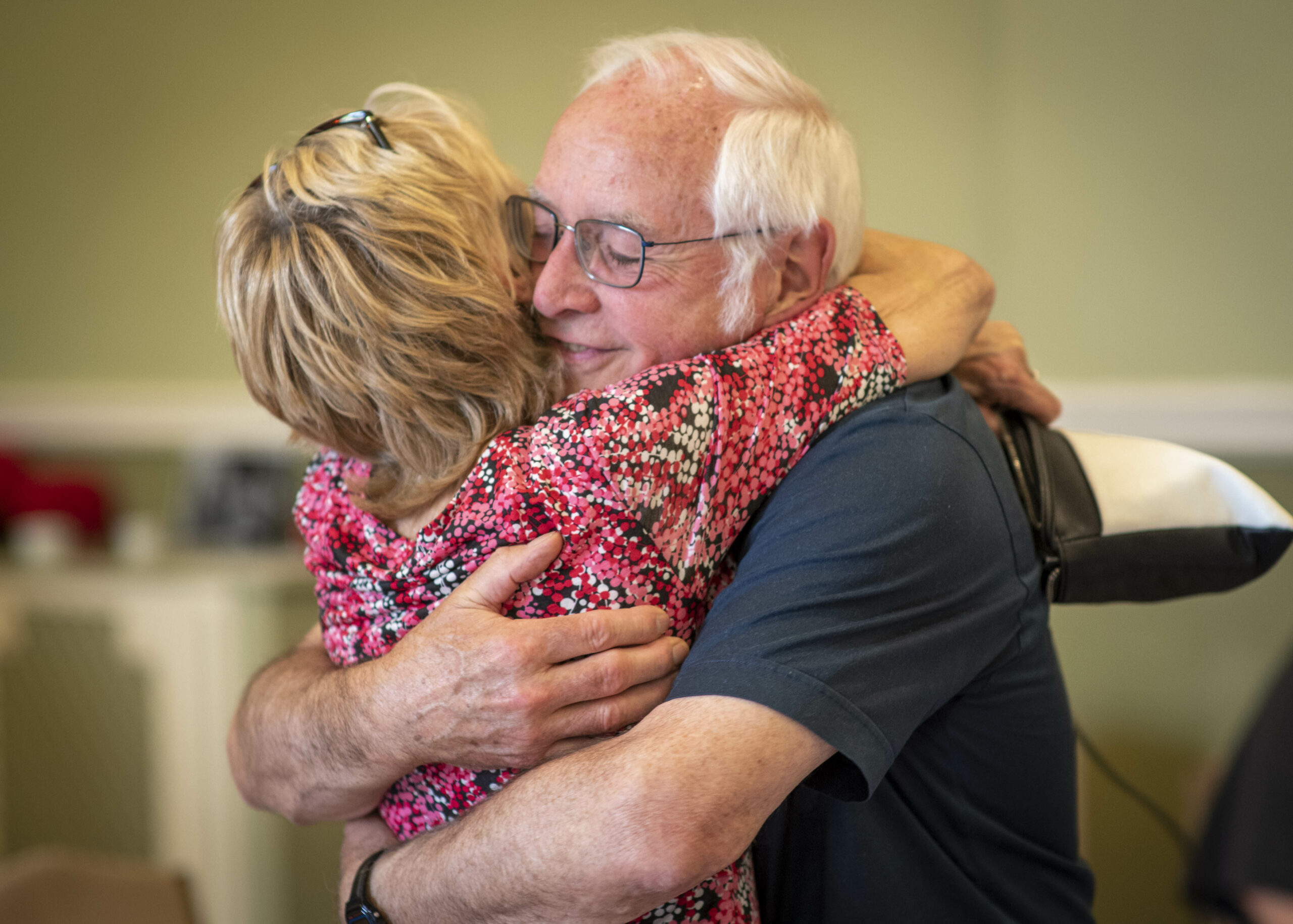 It gave them new experiences

The Our Day Out programme has worked with 414 older people living with dementia or long-term health conditions across Norfolk over the last 3 years. For many of them, the sessions introduced them to brand new creative experiences in both music and movement. Dr Zeilig spoke to one man, Gerald, who noted: “It’s completely different to what I normally do.” She concluded from this interaction that a lot of importance should be placed on “continuing to spark the interest of people with a dementia and the role of creative arts groups in enabling it to happen.”

It created a community

Our Day Out operates in rural areas of Norfolk where there is a much larger risk of isolation, particularly among older people. Not only did the programme give individual people the chance to introduce more music and dance into their lives, but it also gave them the chance to share that joy communally which increased the pleasure that came from the activity for many.

One artist helping to deliver the sessions said that “Our Day Out is great at fostering connections between group members − helps so much with perception of and accessing peer support.” Dr Zeilig spoke to one man living with a more advanced form of dementia who remarked how the sessions ‘bring us all together’ and survey results showed that a staggering 94% of participants feel their involvement in the Our Day Out programme has helped them make social connections – something which was exactly what Creative Arts East and Spirit of 2012 were hoping to achieve. 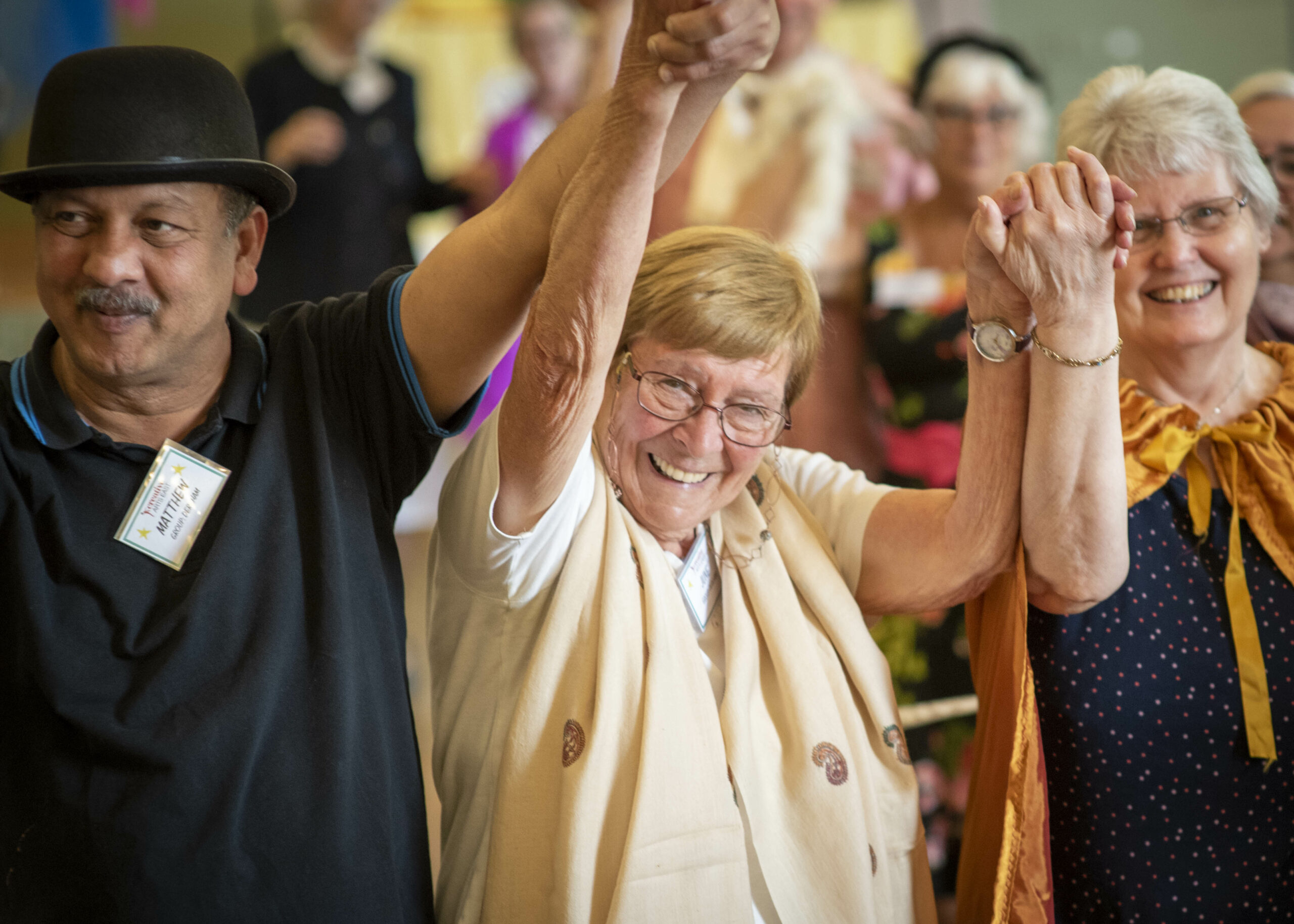 It gave them lots of positive reinforcement

Amongst the excitement that came with trying new things and making new friends, several interviewees in Dr Zeilig’s report touched on how participating in Our Day Out increased their general confidence and happiness levels. 98% of participants enjoyed the programme and 78% felt that their involvement in it had directly increased their confidence to take part in similar activities.  Interviewees for the Journal of Dementia Care article observed that they felt “more confident” and that sessions gave them “inner resources [of self-confidence] they could draw on.”

It measurably increased their wellbeing

Using a measure developed by Professor Paul Camic of Canterbury Christ Church University, another evaluator of the project, it can confidently be said that Our Day Out is doing wonders for the wellbeing of its participants. The Canterbury Wellbeing Scale, which was specifically designed to be used with those living with dementia, demonstrates that participant wellbeing is enhanced and sustained at a statistically significant level (p<0.05) directly after engaging with a session.

If that wasn’t enough, it can be corroborated by our own analysis which shows a 78-81% increase in wellbeing post-session and by Dr Zeilig’s interviews, with one participant saying “It’s absolutely a medicine for your mind, and humour and everything. Can’t say any other word for it, marvellous.”

With such incredible findings and feedback coming from the project already, we’re excited to see what 2021 has in store for Our Day Out.