The Spirit of 2012 Board is responsible for the oversight of the organisation. 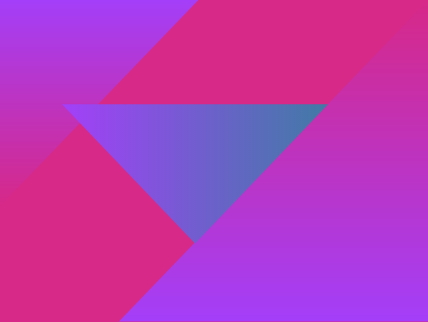 Director of Women’s Football at the FA

Director of Women’s Football at the FA

A founding Board Member of Spirit of 2012. “I was lucky enough to be involved in shaping the high performance system that gave our athletes the support they needed at the London 2012 Games. Just as important to me was my 23 years with the Youth Sport Trust to ensure that every school-age child had the opportunity to participate in high quality physical education and sport. When I was asked to join the Spirit Board I accepted, because of their focus on opportunities for and the development of young people.”

She served on the Spirit of 2012 Board between 2013 and 2014 and has continued to be a friend and advocate for Spirit. She is now an active parliamentarian, television presenter and social media commentator and also gives her time to support the work of numerous sports and disability voluntary sector organisations. As a working peer, Tanni campaigns tirelessly and has won cross party respect for her performance in debates on sport, disability, health, welfare, and youth development where she deploys her knowledge and experience to great effect.

A founding member of the Spirit of 2012 Board between 2013 and 2015. “As a Spirit Patron, I feel both honoured and excited to be involved in ensuring that the legacy from the 2012 Games is continuing to support the power of the arts and creativity to change our lives. Spirit of 2012 has now funded projects up and down the country that improve the quality of people’s lives and help them to feel better about themselves.”

“Physical activity is a proven and effective way of improving health but I am also very interested in the concept of using sport, art and culture to inspire social action and involvement; I believe that in doing so Spirit can tap into some of the social factors which impact people’s health and wellbeing”. Sir Harry was Chief Medical Officer for Scotland between 2005 and 2014.

After graduating from Hull University with a degree in Drama & English in 1985, Jane worked in theatre, film, television, radio, the record industry and marketing and PR in London.  During this time she was housekeeper to Doris Lessing the novelist. She moved to the North East in 1996 where she established Joined Up North, a consultancy business specialising in strategic development, regeneration and place marketing though culture, heritage and tourism projects. Following a move back to her home county of Yorkshire in 2009 she is now working in non-executive roles. She also chairs the Hadrian’s Wall World Heritage Site Partnership Board. She is a director of the York & North Yorkshire LEP. She was founding chair of Make It York, a destination management and business development company and until recently she chaired the Culture & Place Strategic Advisory Group in Hull. In June 2022, she was awarded the Order of the British Empire (OBE) for services to volunteering, heritage and the arts.

Bill is an International Ambassador and Board Member for Spirit of 2012 and Chairs our Programme Impact and Influencing Committee. He is also a member of our National Inquiry into the Power of Events. From 2006 to 2013 Bill was responsible for the team which delivered the London 2012 Olympic and Paralympic Games Ceremonies including the Opening and Closing Ceremonies and Torch Relays. Since 2013 he has advised the International Olympic Committee and the Games Organising Committees of Sochi, Rio, Tokyo, Beijing, Paris and Los Angeles on a similar range of topics. Bill joined the London 2012 Organising Committee from the BBC where he worked in radio and TV production and later in senior management. He was granted the Olympic Order of Merit in 2012.

Graham is a Chief Financial Officer (CFO) with substantial change management experience gained in commercial and Not For Profit organisations across 5 continents, most recently as Executive Director of Finance and Corporate Services at VS. “Having witnessed first hand the positive lasting benefits volunteering can have on both the individual and the communities involved I am excited to be able to assist Spirit with the great work it is doing to promote social action and lasting impact”

For six years Susie was a professional Paralympic swimmer, retiring in 2017.  She became 50m Butterfly Paralympic champion at the Rio 2016 Paralympic Games also winning two bronze medals to go with her three from the London 2012 Games.  She has been a Gold and Silver medallist at World and European levels. Susie currently works as a Technical Advisor on Disability Inclusion for Economic Empowerment at the Department of International Development.  Her non-exec roles have included the British Athletes Commission where she was former Chair of the Athlete Advisory Group, Raleigh International and Spirit of 2012. Susie recently completed a Postgraduate Diploma in Non-Executive Director leadership.  Susie continues to champion diversity and inclusion, speaking on panels in the UK and abroad and is a patron of several UK based charities and initiatives. She was awarded an MBE in 2017 for services to swimming in the Queen’s New Years’ Honours list and is a Young Global Leader with the World Economic Forum.

Originally from the North West, Beth is a theatre maker, facilitator and qualified youth worker who moved to the Midlands to study at the Royal Birmingham Conservatoire.  As Ramps on the Moon’s Agent for Change at the Birmingham Repertory Theatre, she champions accessibility and inclusivity for D/deaf and disabled people as both employess, audience members and creatives. Beth believes strongly in the power of culture as a tool for social change and that art and culture should be accessible to all, not just to a select few.  Her knowledge and passion for culture as a mode of learning led to her co-founding The Juicy Bits collective, which provides a platform for projects that explore sex and relationships through art.  As part of the collective, she curated Feel the Squeeze, a three-piece series using audio and illustration to explore the different ways in which the pandemic has affected our relationships.

Hayley is a Equity, Diversity and Inclusion Consultant and campaigner.  She runs a consultancy that advises employers, brands, as well as sport, the charity sector and education.  Hayley was previously part of the Spirit Youth Advisory Panel. Her passion for inclusion in sport led her to co-found Nutmegs, a growing football community for women of colour and non-binary people of colour.  She was recently named one of the most influential black people in English football by the Football Blacklist.

James is a theatre director who lives in Northampton, where he is Artistic Director of Royal & Derngate Theatres, an arts organisation which welcomed over 500,000 audiences and participants last year for live performances, creative learning projects and community activities. He has previously been Associate Director at the New Vic Theatre in Stoke-on-Trent, the National Youth Theatre and at London’s Theatre503. He has directed theatre, opera and events across the UK at organisations including Shakespeare’s Globe, The National Theatre, Manchester’s Royal Exchange, Northern Stage, Liverpool Everyman and in the West End, with his work winning Olivier, The Stage and UK Theatre awards.

Kieran has been with Business in the Community since 1990 and took on the primary role of Managing Director to lead the organisation in June 2013. He has played a leading role in the organisation’s growth and been instrumental in championing the responsible business agenda in Northern Ireland. Kieran is a Board member of Sport Northern Ireland and a member of NI Advisory Board for Marie Curie. Kieran is a former Irish League footballer, and a qualified UEFA Pro Licence Coach. Kieran has coached a number of Irish League football clubs and is a senior coach tutor with the Irish FA. He is married with two children, and holds a BA and an MSc in Business Improvement from Queen’s University, Belfast and University of Ulster respectively.

Kirsty was born and raised in Nairn, a small coastal town in the north of Scotland and now lives in Inverness. Growing up, she loved swimming, trained as a competitive swimmer and dreamed of becoming an Olympian. After years of struggling with poor mental health and self-harm, she gave up swimming at 15. At about the same time, she was introduced to Sports Leadership and Volunteering through the Active Schools programme, and she’s never looked back. Kirsty currently works part-time for two organisations, Scottish Disability Sport and Scottish Association for Mental Health, two roles which reflect her dedication to for helping others and enable her to combine her passion for both sport and mental health. She is an Ambassador for Scottish Swimming’s Young Volunteer Programme, ensuring that the voices of young people are heard on both a national and local level in terms of improving experiences within the sport, and even finds time to share her swimming skills by by coaching swimmers at her local club.

Oksana joined Lombard Odier in August 2015 to become a Senior Private Banker. She is responsible for the Eastern European and Israeli markets. Prior to her role at Lombard Odier, she was a private banker for Barclays Wealth where she focused on Ultra High Net Worth and High Net Worth individuals providing holistic solutions to their wealth management. Oksana started her career in February 2004 as an M&A analyst for Price Waterhouse Cooper where she was involved in deal origination and financial structuring. After 2 years she moved on to become an Equity Analyst at SVG Capital, where she searched for new investment opportunities across all sectors and market capitalisation ranges of the UK equity market.

Raj Jethwa was appointed as Chief Executive at the UCEA (Universities and Colleges Employers Association) in February 2020, where he plays a leading role representing the UK higher education sector in all employment matters and in the collective negotiations with the sector trade unions on pay and related matters. Raj was previously the Director of Policy at the BMA (British Medical Association) Prior to joining the BMA, he worked as head of research for the Police Federation of England and Wales. He has also worked as a policy advisor at the TUC (Trades Union Congress) and he is a graduate of the London School of Economics, where he was a member of the Court of Governors. Raj is also a Fellow of the Royal Society of the Arts and a Visiting Fellow at Kingston University.